What Does it Mean to Be Highly Sensitive/Intuitive 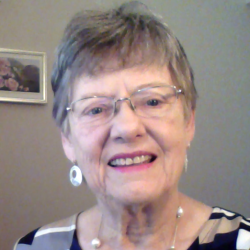 You need to purchase courses from products list to begin learning.

Some people have always known they were highly sensitive, very intuitive, and even psychic. Others just thought there was something wrong with them.

They were different and it wasn’t a good thing! They were told to stop being that way, they were bullied, or not taken seriously.

Others used their abilities to stay safe or even take advantage of others.

And others didn’t think they were sensitive or intuitive until an experience later in life.

Let’s take a dive into what it means to be a Highly Sensitive/Intuitive person.

I live in the Woodland, WA area in a beautiful apartment in my daughter’s home. I am surrounded by trees, flowers, and a magical ravine where I meditate by the bubbling brook. My cat Checkers keeps me company and I am his entertainment as he follows me around my apartment. He is recovering from a near fatal encounter with a predator from the woods. For now, he is a house cat and if he ever goes outside, it will be daytime and in my yard!

It is my calling, my life purpose, to create tools for self-healing. The frequencies of color used in complementary pairs become personal companions, moving with you through the many stages of healing. After all these years, I am still astounded how colors can create immediate healing frequency changes. The more your consciousness and theirs work together, the deeper the healing.

Thrive as a Highly Sensitive/Intuitive Person

Learn how to Thrive as a Highly Sensitive/Intuitive Person Have you felt underlying anxiety most of your life? Do you feel that most people...

Not a member yet? Register now

Are you a member? Login now